Influenza A incidence peak during winter in temperate regions. The cause of seasonality in influenza transmission is of interest for public health and basic science but not well understood.

“In temperate regions, both outdoor and indoor AH possess a strong seasonal cycle that minimizes in winter. This seasonal cycle is consistent with a wintertime increase in IVS and IVT and may explain the seasonality of influenza”.

By considering the daily negative deviation of AH from the multiyear daily average in US States, the authors modeled the excess “Pneumonia and Influenza” rate (P&I) by using a classical SIRS model (Susceptible - Infected - Resistant - Re-Susceptible). Negative deviations could typically be observed in the 4 weeks prior to the onset of influenza epidemics. The simulation of yearly curves for mean daily excess of P&I mortality fitted well with the observed statistical data.

Authors suggest that with negative deviation data of outdoor AH, short-term probabilistic forecasts of epidemic influenza could be developed. 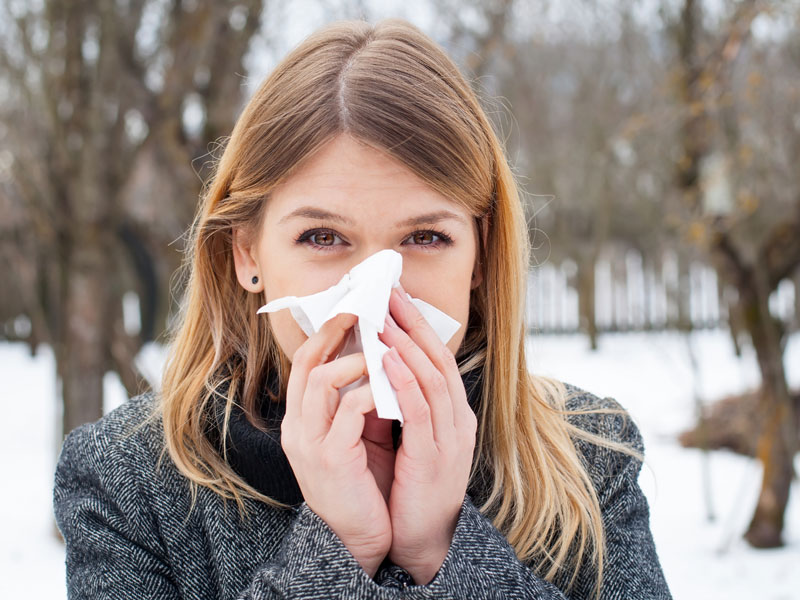 Download our info booklet on humidity, health and wellbeing

Low humidity acts as a conduit for viruses and airborne bacteria to disperse and travel around a building and threaten all occupants.

Dry air and our skin

Low humidity dries the outer layer of our skin leading to itchiness, cracking and dermatological problems.

Dry air and our eyes

This study shows that low outdoor absolute humidity appears to be a reliable forecasting parameter for the onset of seasonal influenza epidemics.

However, as direct or indirect contact, physical or by “air sharing”, is an absolute prerequisite for any microbial transmission, and this largely occurs indoors, it would follow that it is indoor humidity rather than outdoor that would be the main causative factor in the spread of flu.

There is nothing we can do about low outdoor humidity but we can affect the moisture levels in buildings through the use of hygienic humidification systems. In a world of buildings that have their internal humidity optimally maintained, flu epidemics would be very much contained, if not eliminated. The flu and common cold would be de-coupled from the seasonal highs and lows of the outdoor air.